Jamel Burgess is a multidisciplinary artist and community organizer. Through music production, Jamel explores musical lineage, sound manipulation, and hip-hop production. Jamel has over 10 years of experience producing instrumentals and received a music production degree from Queensborough College before completing a self-directed degree centered in art and activism from The New School for Social Engagement in 2021. He is also a founding member and former president of The New School’s Hip Hop Collective.

Jamel has organized in East New York for 15 years, working with various advocacy groups and organizers from across the city. He was awarded the Next Generation Leadership Award from the Cypress Hills LDC, and community recognition from former Councilmembers and Assembly members representing District 37. Currently, Jamel is the Studio Program Manager at Groundswell and a 2020 fellow of the Institute for Nonprofit Practice, New York Cohort. Jamel is committed to music and art as tools to educate youth and create community change.

Get to know Jamel Burgess

Art can serve as a vehicle to preserve communities, and highlight and disrupt injustices within Black and Brown neighborhoods. For too long, communities of color have been neglected or reduced to simply being seen or written about as “poor areas.” However, our riches are beyond the traditional or expected standard. Our cultural currencies alone are proof of the intangible values communities like East New York have to offer. Art and culture will be significant tools for our collective liberation. 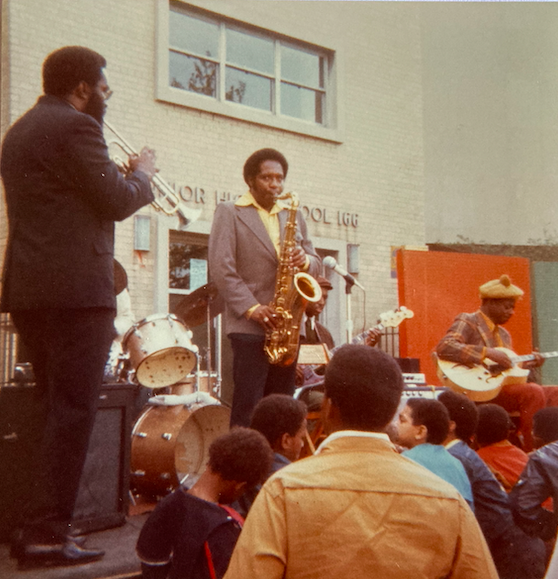